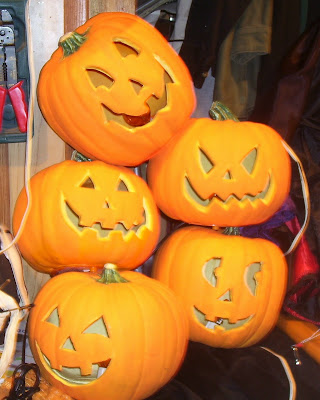 Not a how to, just a Halloween picture .
The pumpkin quintet.  In 2008, I had the idea to make singing pumpkins as a side project.  They were inspired by the Haunted Mansion Holiday overlay of the Haunted Mansion at Disneyland.  These five were named after the singing busts in the graveyard jamboree scene at the end.
Their names are starting with the top titled one: Uncle Theodore
Row 2: the one with the left is Rollo Rumkin, the one on the right is Cousin Al.
Row 3: The one on the left with the goofy grin is Phineas Pock, the one on the right with the crescent shaped eyes is Ned Nub. 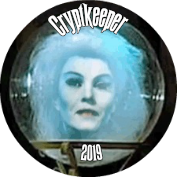